Having never even been to a Trade Fair before, I really didn’t know what to expect on the journey to my first.  I thought by sharing with you my Journey to Scotland’s Trade Fair in Glasgow you might get some tips of hints on your first Trade show.

One of the hardest decisions to make was that I was only going to take my Scottish Range of candles set in the large Apothecary tin and not my entire range.

Choosing the location of my stand in the hall I thought was going to be tricky. This was taken out of my hands by a narrow choice of 3 which were available (out of 650 exhibitors). Perhaps it was the size, I had the smallest at 2m x 1m at £210 a metre I thought this would be a manageable first time expense. I do believe that funding is available for certain areas in Scotland if you are exhibiting outwith your area.

Getting to the Trade Fair

I am very lucky to own a transit van (yes white), my trusty steed ‘Van Blanc’. Although it hadn’t been to a Trade Fair it has been used as a changing room with clothes rail and (mirror) at events including Loch Ness Etape, Duathlon, Triathlon, half marathons and many other crazy events.

It turns out that I think the size of Van Blanc is that of a road train, maybe spatial awareness is not my ‘thing’ but luckily my Travel Buddy Michelle of The Very Lovely Sauce Company is very qualified in this area.  Michelle was already exhibiting and very kindly offered me to room at the hotel to split costs. In addition to the stand, 3 nights in a Glasgow hotel means the cost begins to mount up.

A couple of days before I was packing my husband very sweetly decided to lift the large piece of Antique sideboard that I was going to be exhibiting my candles on, into the van. The leg broke off! (mysteriously he said) too much! He has previously experienced DIY where he ‘assembled’ kitchen units and attached them to the wall, the ones above your head.  They came crashing down on me almost breaking my hands, only to reveal a wall peppered with holes similar to that of a mortar attack where he had various attempts at fixing them. “They weren’t supposed to have anything in them” he replied through the blue air.

Joiner and master fixers to the rescue Barry & Brian attached a huge screw through the leg and it survived.

At Scotland’s Trade Fair in Glasgow you can have the option of the standard fluorescent tube lighting or spotlights. I personally went for spotlights as I don’t like standing under tubes. They were an additional cost of I think around £148 for a strip of 3 lights. A bonus was that they gave off heat, at one point the hall was cold, so I felt a little like a lizard basking under the sun to get my energy. So layer your clothing as you really don’t know what the temperature is going to be. My friend exhibiting over in the food hall was sporting blue lips (and i’m not kidding).

The other consideration is do you need a plug? if you are a food stand most probably you do if you have a small fridge. If you wanted to run a video on a loop you would definitely need one. I took a battery back for my phone, so during quiet moments when the buyers were at lunch I could be on social media about the event. Its great to instantly connect with people there on other stands. When you get home you are going to have a big enough job emailing all your new customers and connecting leads.

You could have also rented a scanner which captured the details of the buyers from their lanyard, You would be lucky to get close to some of the buyers let alone scan them ! Some buyers don’t wear their lanyards perhaps for the fear of being rugby tackled.

Behind The scenes On the way to find my stand. 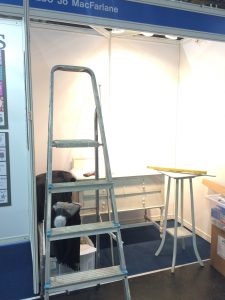 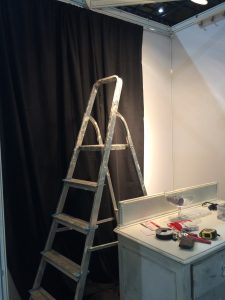 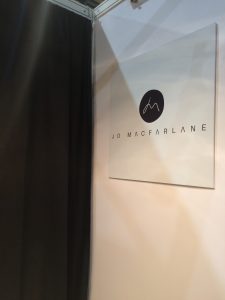 Inspired by Anthropologie I was hoping to create a stand with the Candle Wick Trimmers hanging at different heights. The paperwork stated there would be a grid system above my head where these would be hung. On arrival there was a form of grid but in diagonals so this wasn’t going to happen.

I had fabric that was going to hang at the back of my stand to have contrasting colours but also I had heard that the white boards were quite often scratched or damaged and didn’t always look presentable. I couldn’t hang the fabric on the springy curtain rail as the sides of the stand were flimsy. It also couldn’t spring against the supports at the top because of the diagonal struts so I had to hang butchers hooks over and use the invisible thread. You can’t quite see it but I put a skirting board of my logo tape around the bottom part of the stand. 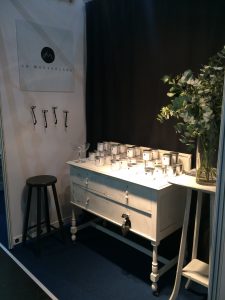 Enjoy! i’d love to know if you find this helpful when exhibiting for the first time, especially at Scotland’s Trade Fair Glasgow.

Special thanks to the following for all the laughs.

Signup to receive 10% off candles 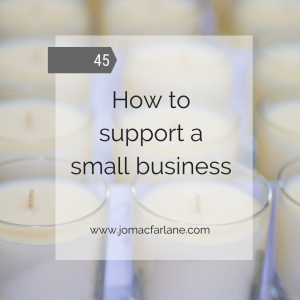 How to support a small business 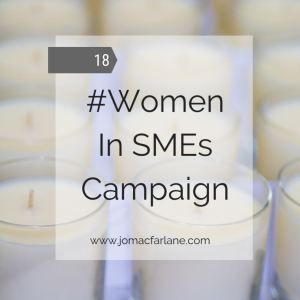 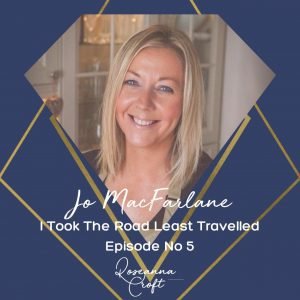 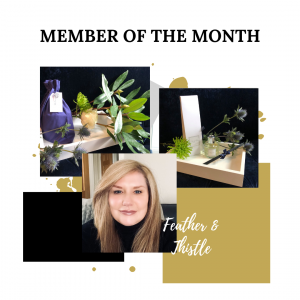 March Member of the month

Signup to receive a free '10 ways to build a profitable candle business' download. 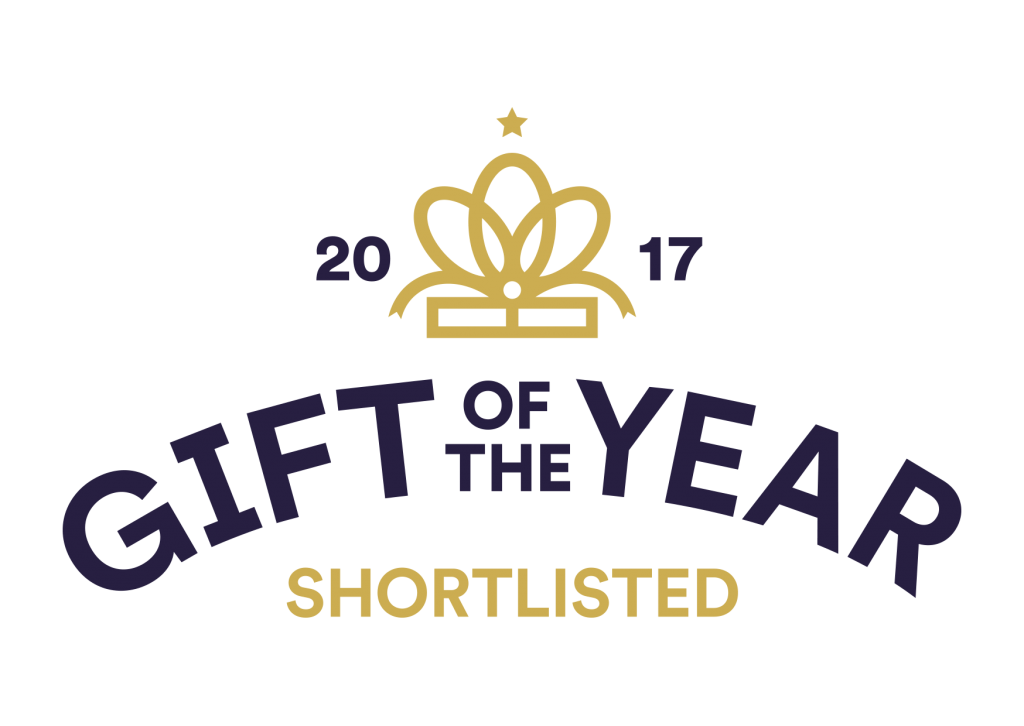 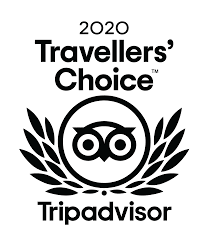 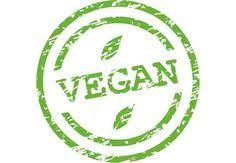